Before my Journey
Well, I’m slowly getting used to this lovely language.  I intend to be able to say a few words, greetings from Australia when I’m over in Ireland.

The clock is counting down.  Everything booked.  Just a few last minute details to attend to.  I will be taking a walk with a small group around Eire very soon.

I’ll be taking loads of photographs in Connemara, Dublin, Mayo, Derry, Kilkenny and other places where my Irish families came from.  I’m hoping to go right to the small towns where they lived. Of course, all of them travelled to the new world of Australia, America, New Zealand and one to Canada during the famine times.   This trip will be a pleasure.

I’ve booked a literary pub crawl to listen to the poems and plays of famous literary giants – all played out in the places where they recited and acted.
I am also looking forward to visiting Trinity College and viewing the Book of Kells.  You can follow along with me.  I will be posting regular updates.

I have completed my Irish adventure. Travelled around the Wind Atlantic Way. Met friendly people and was able to use some basic Gaelic words of greeting, good byes and thank you. What a beautiful country Ireland is. My first day in Ireland was frustrating and rewarding. How can that be?

Unfortunately my taxi driver did not wait for me to arrive through the airport. I sought assistance from the airport information people who were helpful.
I caught a bus instead, however the ticket seller gave me the wrong information about my bus stop where I had to get off for my hotel – the Dylan.
I walked for at least half an hour, with my backpack and bag and called into another local hotel to get directions.
It would take another hour to walk to the Dylan hotel and I was very tired after my long haul flight.
My god-send was a young lady named Claire who was walking the same path. Clair asked me if I like some help with my bag. I must have looked tired by then.
I told Clair I was heading toward the Dylan hotel and bless the girl, she said she was “walking that way”.
Clair was my first introduction to the friendly people of Ireland.
A real blessing. Thank you Claire. I will never forget the friendship she offered to a stranger. 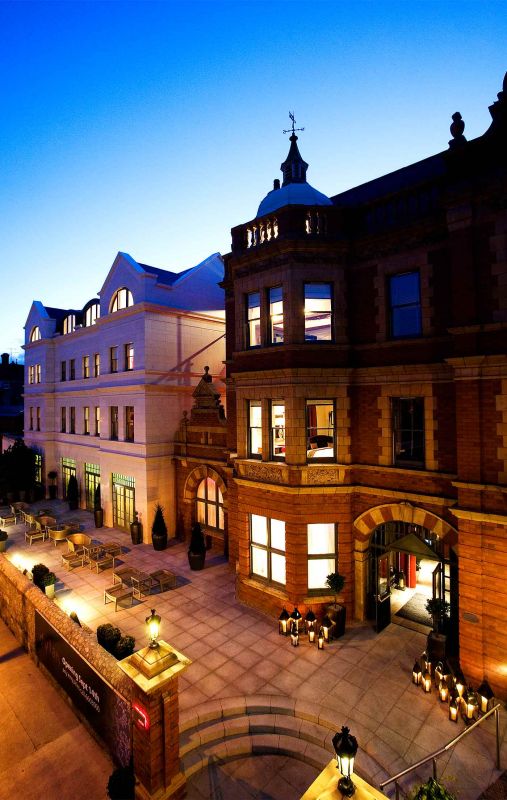 This is Kelly country. A place where the Kelly gang hid from the law. The Kelly gang are infamous in Australian history. Ned Kelly committed serious crimes and was hung.

Many caves in this area. Its a beautiful bush area. Many historic towns related to family research here. I took lots of photos during this trip.
I related to the Kelly story. Some of the Irish in my family trees were also involved in wrong doing. A certain John Martin O’Shan………( won’t give his full name here, family will know), salted a mine with a gold nugget, advertised his find, then bought shares in the enterprise. He was caught and prosecuted by the law. I found the evidence of his crimes during research, through court case listings, police gazettes and Trove.
Our John Martin O’Shannassy was named after John Martin (1), a member of the New Irelander movement.

In 1847 John Martin (1) was moved by the Famine to join Mitchel in the Repeal Association. He contributed to Mitchel’s journal The United Irishman, and then following Mitchel’s arrest on 27 May 1848. John Martin continued with his own anti-British journal, The Irish Felon, and established “The Felon Club”. This led to a warrant for his arrest, and he turned himself in on 8 July 1848.

I also surprised myself by enrolling in an abseiling course with High and Wild Australian Adventures. I wanted to add some excitement to my life so decided to give abseiling a go. I must admit when I was shown the final drop, over a sheer cliff, I nearly froze. But hey, I was younger then and loved new challenges. I still do! 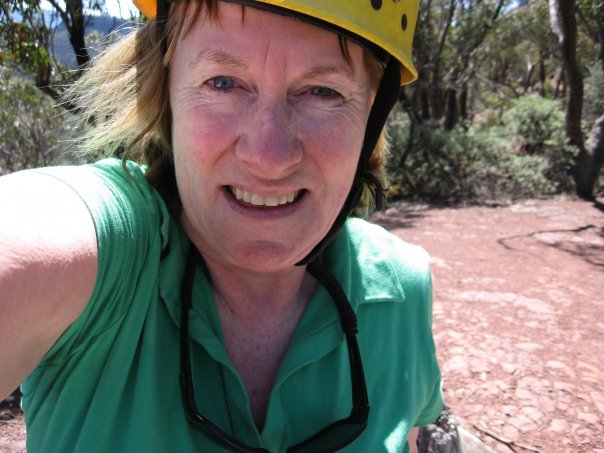 So here I am taking my self portrait just before this adventure. 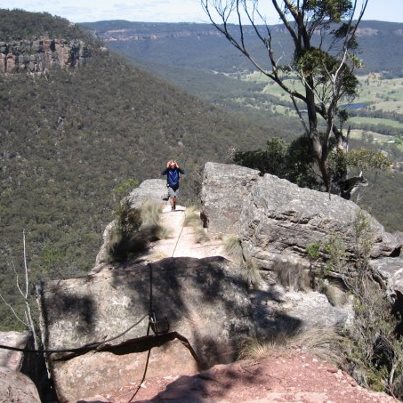 I only took a couple of photos of the abseil, however the following photo after the event will give you an idea about what I had experienced.

What a fantastic experience it was. 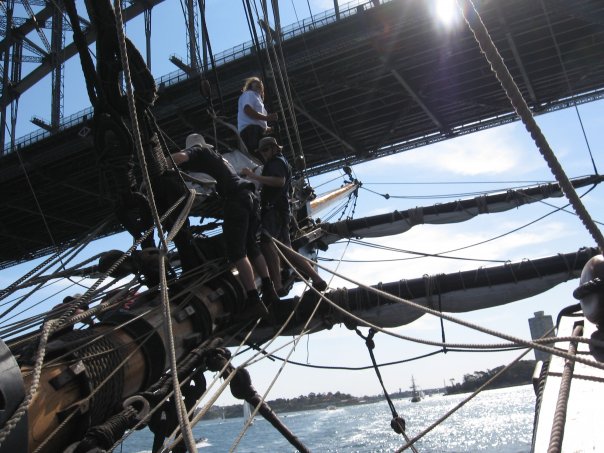 The Endeavour was the first ship to reach the east coast of Australia.

In April 1770, the Endeavour became the first ship to reach the east coast of Australia.

Captain James Cook was a British explorer, navigator, cartographer, and captain in the Royal Navy. Cook made detailed maps of Newfoundland prior to making three voyages to the Pacific Ocean, during which he achieved the first recorded European contact with the eastern coastline of Australia and the Hawaiian Islands, and the first circumnavigation of New Zealand. The new world to which many of my families were our first arrivals.

I wanted to experience what it was like for the sailors of the time. As a crew member I had to prove my fitness by climbing aloft in good time. Thank goodness I achieved the climb. My journey was rough, with the ocean rolling huge waves and heavy storms. Volunteer crew members were sent below to the hammocks during one really rough patch which could only be handled by the professional crew members.

Would I do it again? Yes sir! Anytime the opportunity might come my way again.

Numerous ancestors in my families were mates, mariners and master mariners. Many sailed the North Sea fishing grounds. I have ancestors that took the dangerous journeys to the “new world” of Australia, New Zealand, Canada and America.

In particular my Bain and Pennant people were all associated with the oceans of the world. My Pennant families were from the Shetlands, they sailed the North Sea and my Bain families were mariners that travelled extensively on numerous trading ships from Scottish Ports around the world. Both Pennant and Bain families migrated to Australia in the early 1850s. 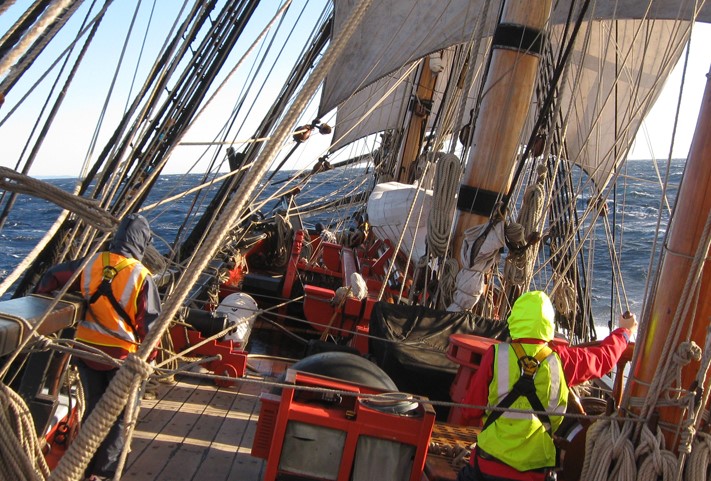 I have a proud seafaring heritage in my family.

I took a journey to the Shetland Isles and felt like I had come home.

It was a strange feeling. I had never been to Shetland before this journey, yet here I felt like I’d come home. I felt like i belonged in this special place. Standing on a tall cliff, the ancient burial grounds behind me. I held out my arms to embrace the wind. I met a sea eagle gliding on the air currents. This was a very special journey which I will never forget. My lovely grandmother, Margaret Mary, often talked about the family coming from Unst in Shetland. We don’t have many photographs of Margaret Mary. She was my friend when I was young and I will never forget walking in the garden with her.

Her father Andrew Pennant was born in UNST, at Underhoul. 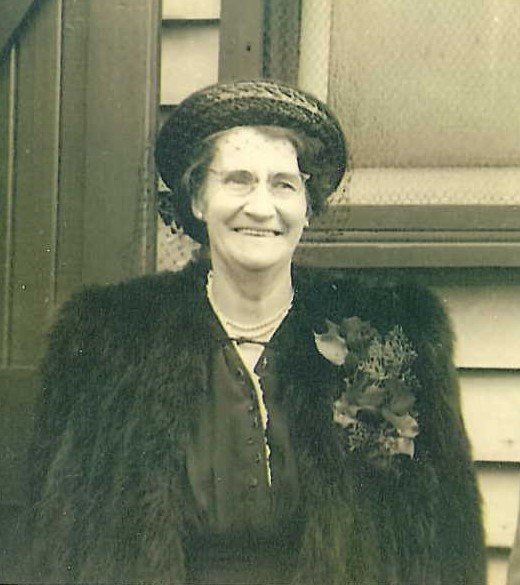 Andrew was baptised by the Rev John Ingram at Uylesound Chapel. He sailed the world. While researching the Pennant families, I found multiple entries on the Shipping records which provide the names of the vessels with which he crewed. Often, his brother Alexander crewed on the same vessel. Two brothers together, sailing both the North Sea and oceans of the world. 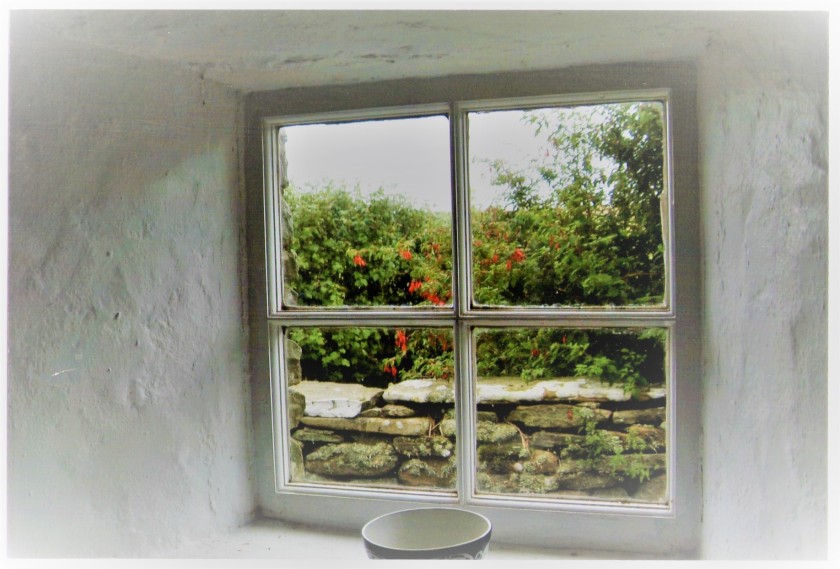 A Shetland come coming is a real family gathering. My home coming evening included fiddle music, lots of laughter, some whisky and generous amounts of food. The homes have extremely thick walls and nowadays the heating is always on.

When you have a chance go to http://www.shetland.org to find out more about this beautiful place.

There is a little book, written by Paul Gallico, named The Snow Goose. The book may be a slim story, yet it contains a wonderful, reflective story.

I read The Snow Goose from cover to cover, over and over again when I was a child. This beautiful, sad story held me captive and I loved both Fritha from the Essex marshes and the reclusive Philip Rhayder. It is a story about love and loss. Its a story about heroic deeds. Its also the story of the evacuation from Dunkirk during World War two. 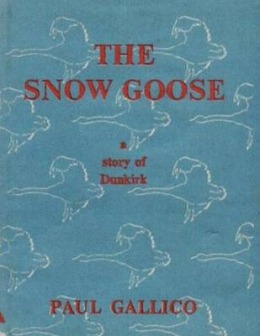 It was through this little book that i grew to love history and family research.

My grandmother Margaret Mary Bain also loved sharing her stories. She was really my best friend when I was a child.

I believe Family Stories are one of the most important ways to record our History. I have a copy of The Snow Goose on my shelves which I still re-read to remind me about beginnings. It still brings tears to my eyes. My daughter gave me another original copy of the book some years ago.

Fritha brought the Snow Goose to Philip for him to heal. The vivid descriptions of the Essex Marshes are a stark reminder of the landscapes and never ending cycle of nature adding to the story itself. 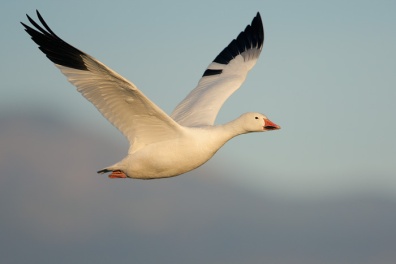 I have done a lot of Family Research in South Australia and Victoria.

Towns I have visited while in South Australia include Victor Harbour, Strathalbyn, Lochaber, Naracoorte, the Clare Valley, Handorf as well as walking and trekking in the Flinders Ranges.

Some of the people to whom I’ve provided Family Trees to are the Williams Family and the Cherry Family.  These have all been private publications.  Throughout research of these families, I found extended members who were very interested in meeting their first or second cousin.

Genealogy, Family Research and Photography combines with Photography and Family Story Writing. I have now written several private publications for members of both the Williams and Cherry families.

The Williams families were, and still are, involved in wool production at Strathalbyne and Narracoorte. The families were very much involved in the settlement of these areas and the Methodist Church. 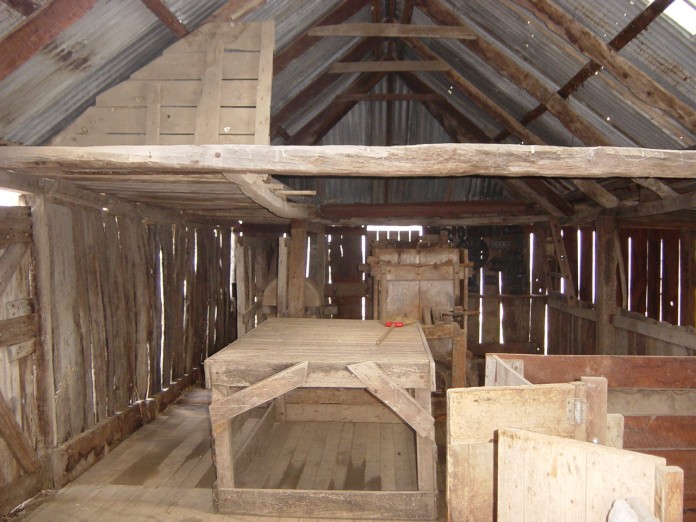 This side photo is an old shearing shed at their property Viewbank which is still owned by the Williams family. ©Maggie Bain 2017 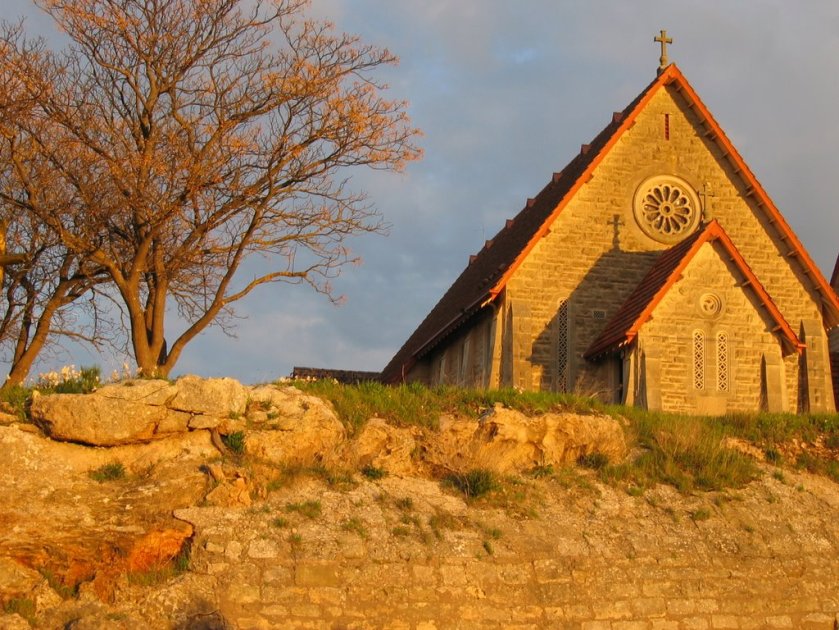 I was in New Zealand in 2016. This trip was with a friend in the South Island.

Driving on the roads was a delight in comparison to Melbourne. The roads in New Zealand don’t have a lot of traffic. They are well signed.

The only thing we had to be wary of were the frequent land slides. In 2016 the slides weren’t that big. Later in that year however, New Zealand suffered a Magnitude-7.8 quake struck 90 kilometres north-east of Christchurch. 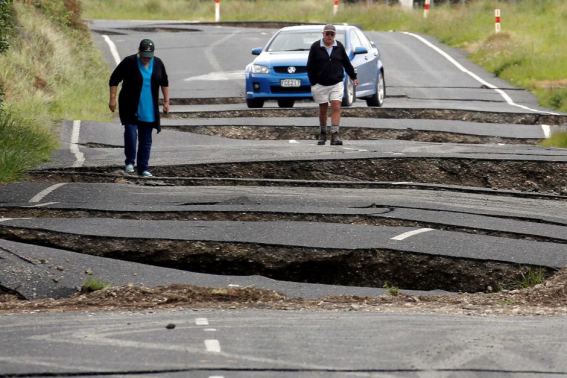 Earthquake Posted 14 Nov 2016, 2:46pm Local residents Chris and Viv Young look at damage caused by the earthquake, along a highway near the town of Ward, south of Blenheim on New Zealand’s South Island. Reuters: Anthony Phelps

Another issue that we had was on a particularly steep road in Dunedin. We had hired a van and were doing a picturesque drive around Dunedin. We took Baldwin Street during our travel. At the time we did not know that Baldwin Street is the Steepest Street In the World.

Baldwin Street is located in the suburb of North East Valley about 3.5 kilometres (2.2 miles) northeast of Dunedin’s city centre.

It is a short straight street of a little under 350 metres in length, rising from 30 metres (98 ft) above sea level at its junction with North Road to 100 metres (330 ft) above sea level at the top, giving it an average slope of slightly more than 1:5. Its lower reaches are of only moderate steepness, and the surface is asphalt, but the upper reaches of this cul-de-sac are far steeper, and surfaced in concrete. At its maximum, the slope of Baldwin Street is approximately 1:2.86 (19° or 35%) – that is, for every 2.86 metres travelled horizontally, the elevation rises by 1 metre.

I observed smoke coming from under the van and screamed to the driver. Realising the problem, the driver put the van into low drive via the gear shift. I think I screamed all the way down to safety. 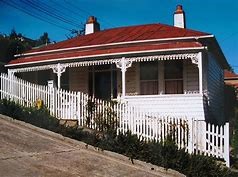 The steepest street in the World